Dealing with tax disputes is not only stressful but also life-changing. This is why it is important to have an experienced CPA/attorney to help you throughout the process. When you need a well-versed lawyer to represent you in front of IRS, Franchise Tax Board and State Board of Equalization, turn to the CPA & Law Offices of Alan Forester, a trusted law firm in Beverly Hills, CA. We prepare complex Federal and States tax returns. We guarantee to provide excellent legal representation and solutions to address your legal concerns. 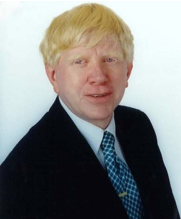 Alan Forester graduated in 1982 from UCLA with a Masters in Economics and finished his Ph.D. candidacy in Economics in 1987. He also attended Loyola Law School from 1993 to 1997 where he graduated with a Jurist Doctor degree.

He is a member of the California Bar, the Supreme Court of California, and the Supreme Court of the United States. He is also a Certified Public Accountant. He passed the CPA exam with a score in the 90's and worked for various government agencies as a Corporation Examiner. He also taught various business and accounting classes at different California State Universities. He is an expert in the areas of valuation and division of properties, ethics, corporate structure, fraud, accountant malpractice, taxation, alcohol and beverage control law, and forensic accounting and auditing.

Talk to Our Knowledgeable Attorney

Since 1991, we have helped countless clients in making sound decisions about their legal case. With our experience in a broad range of issues, our knowledgeable attorneys can give you a good fighting chance in your legal battle. Schedule a legal consultation today by calling us at the number listed on this website. We look forward to helping you with your legal concerns.